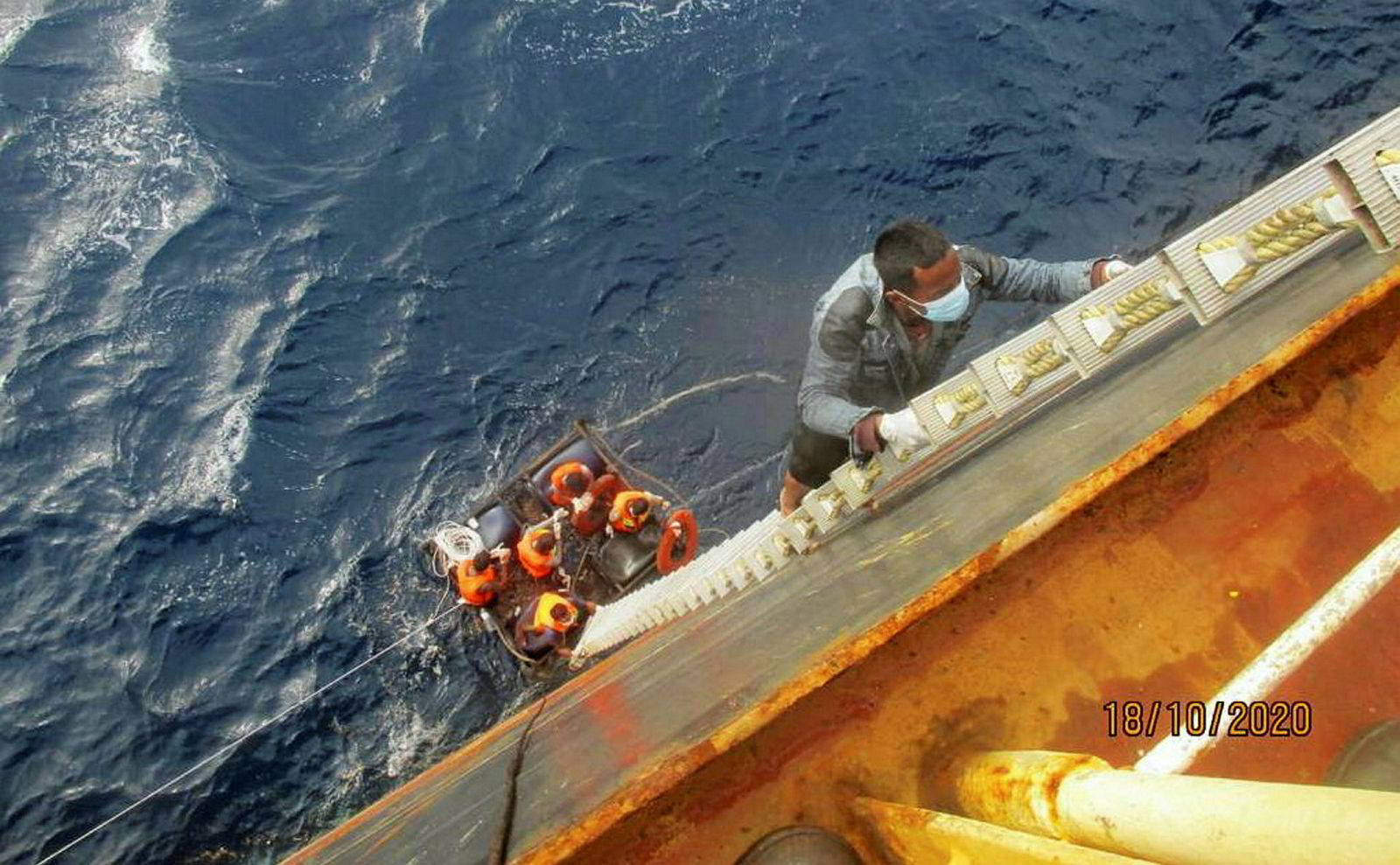 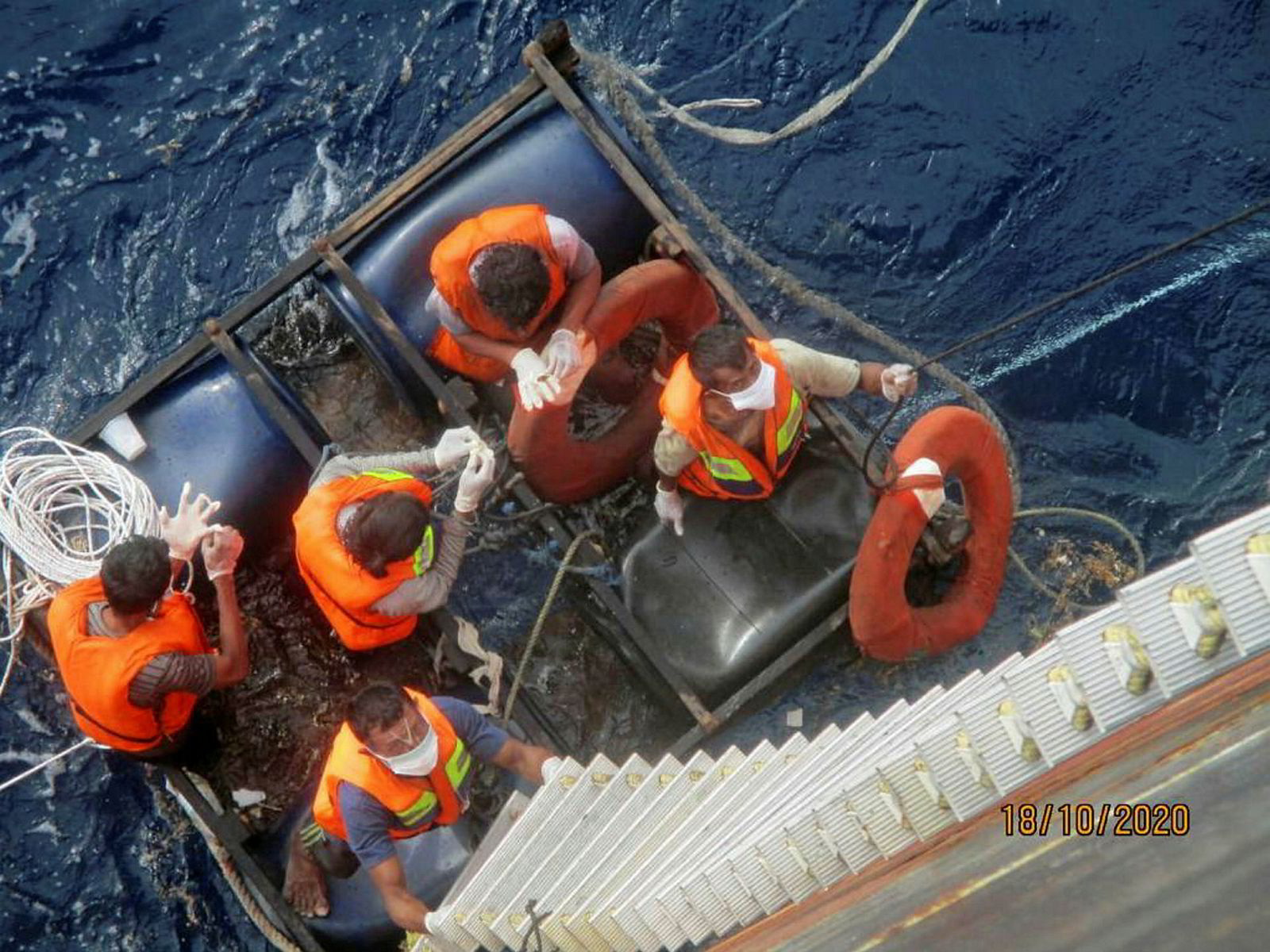 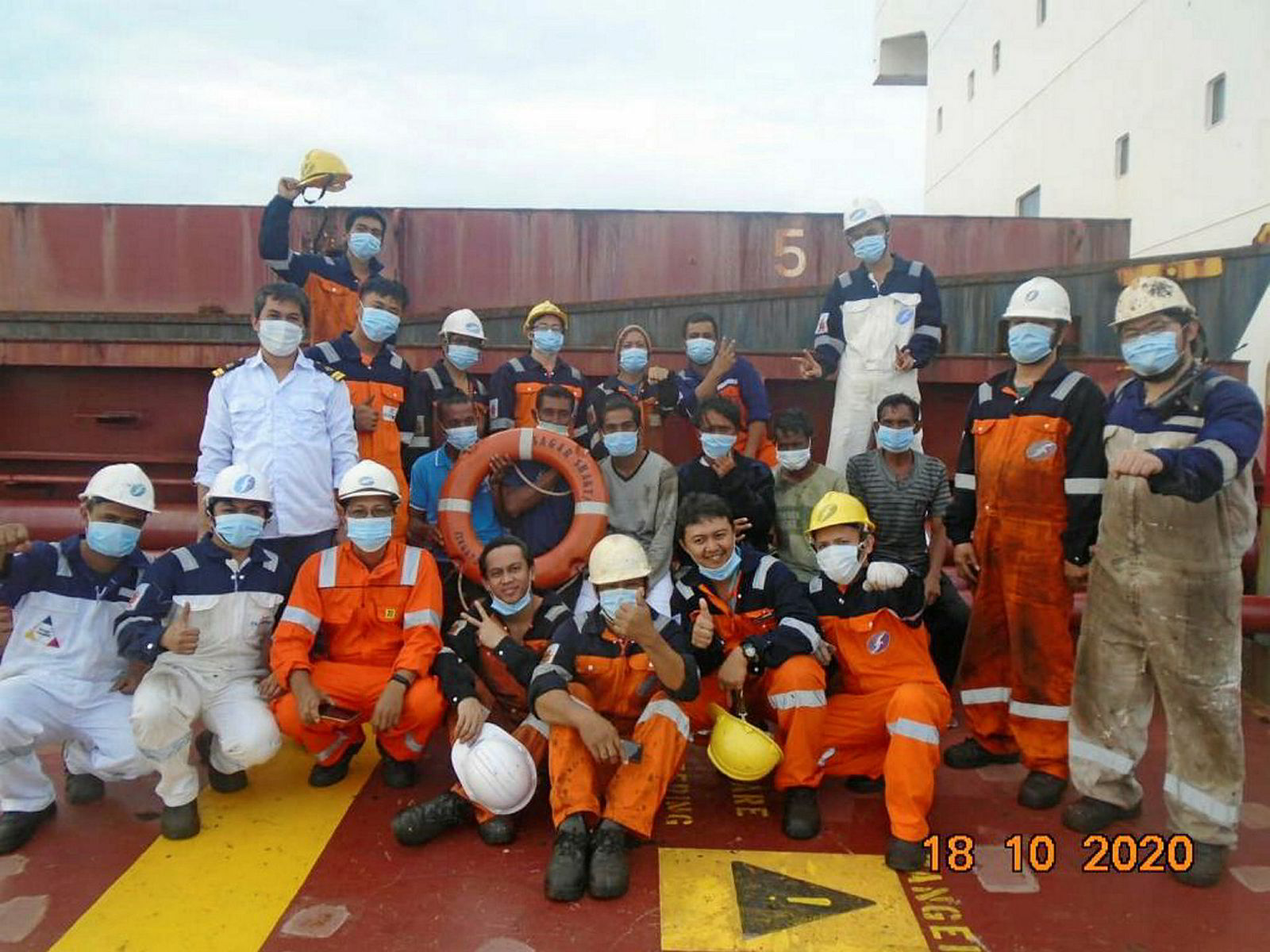 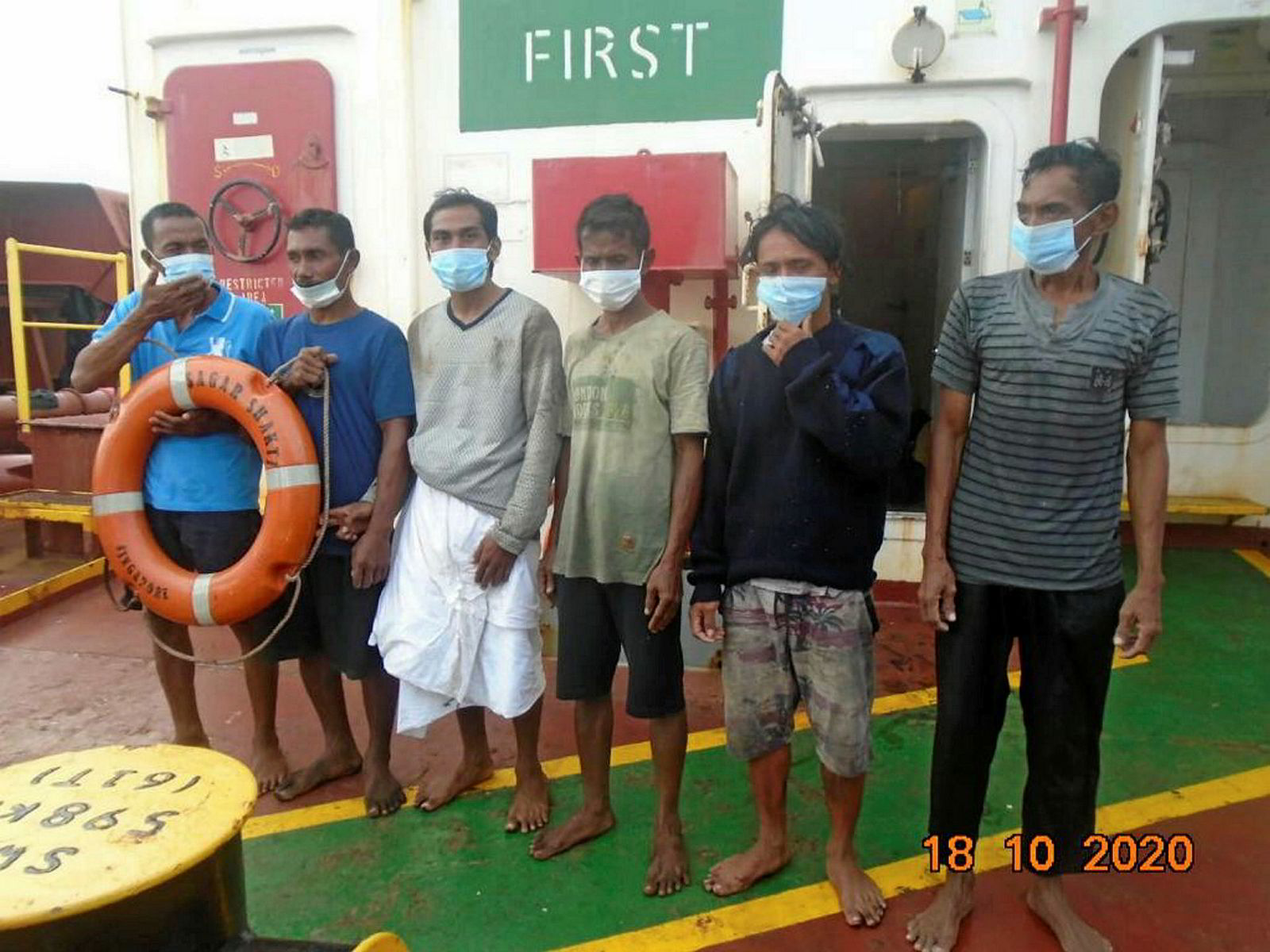 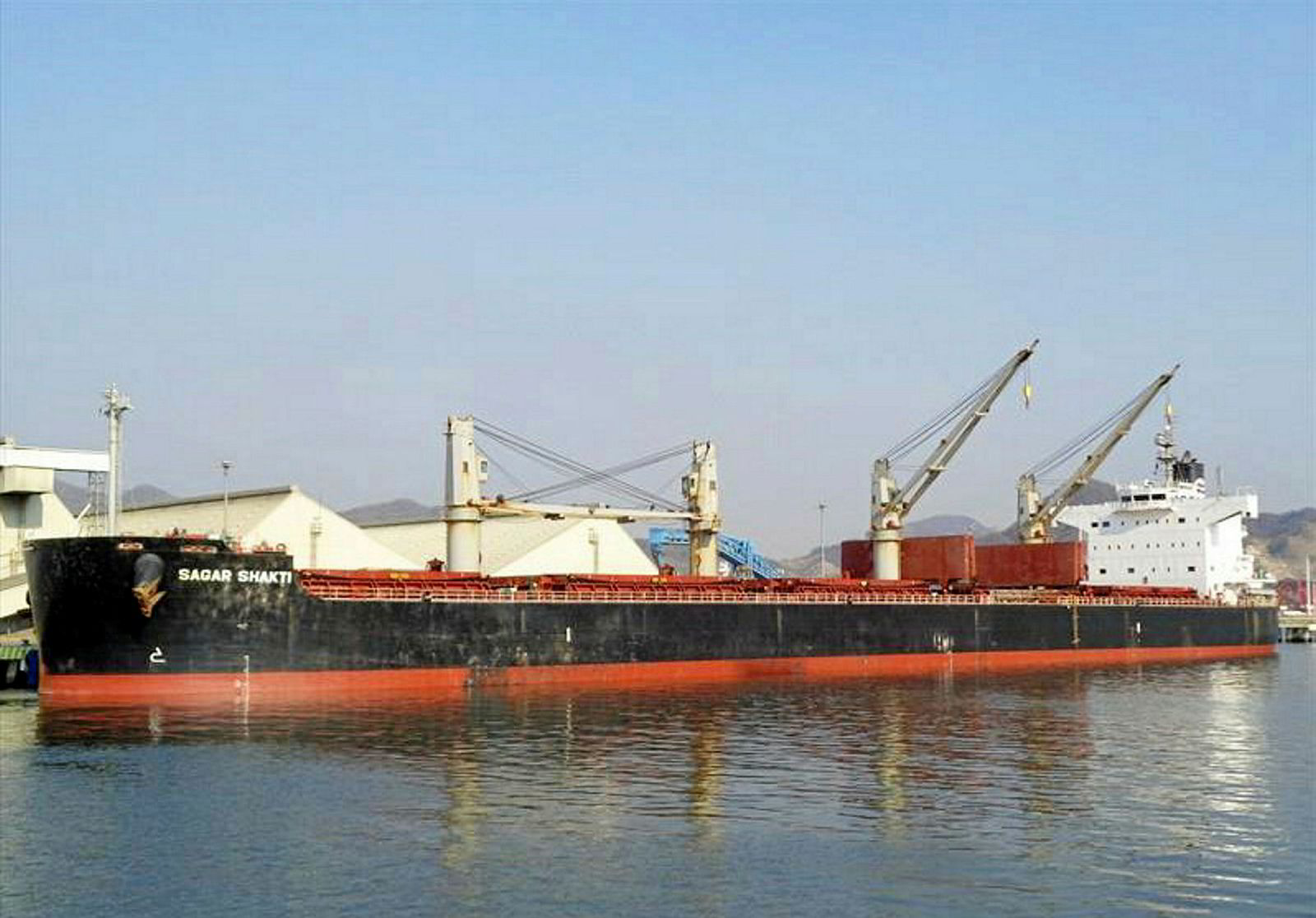 Six Indonesian seafarers adrift on a makeshift raft after their vessel sank in heavy weather were rescued by a Tata NYK Shipping bulker.

Early on Sunday afternoon, the watchkeepers of the 58,100-dwt Sagar Shakti (built 2012) spotted the castaways and immediately launched a rescue operation.

The six were brought on board the supramax and given food, clothing and medication. The ship deviated to the port of Samarinda, eastern Borneo, where they were taken ashore by local authorities who later proclaimed them to be in good health.

Their ship, the KLM Hikmah Bahari, a small wooden coastal cargo launch referred to locally as a pinisi, sank after being overwhelmed by large waves last Friday. It had been carrying 700 tons of palm oil kernels.

It began taking on a lot of water that could not be pumped out using the bilge pump, and eventually sank. The captain and five crewmen took refuge on a raft made out of plastic drums and wood, and survived on the limited provisions they had been able to save.

The survivors reported that several ships had passed them during the two days they had been adrift, but the Sagar Shakti was the only one that responded to their cries for help.

“I am convinced you have made a huge difference to the family and lives of the rescued individuals — and there is no bigger act of compassion and heroism than what we have done by saving precious lives,” Panda said in a letter sent to Captain Venkatamohan B and his crew.

“I look forward to a long association with this excellent set of motivated and compassionate seafarers in the years ahead.”