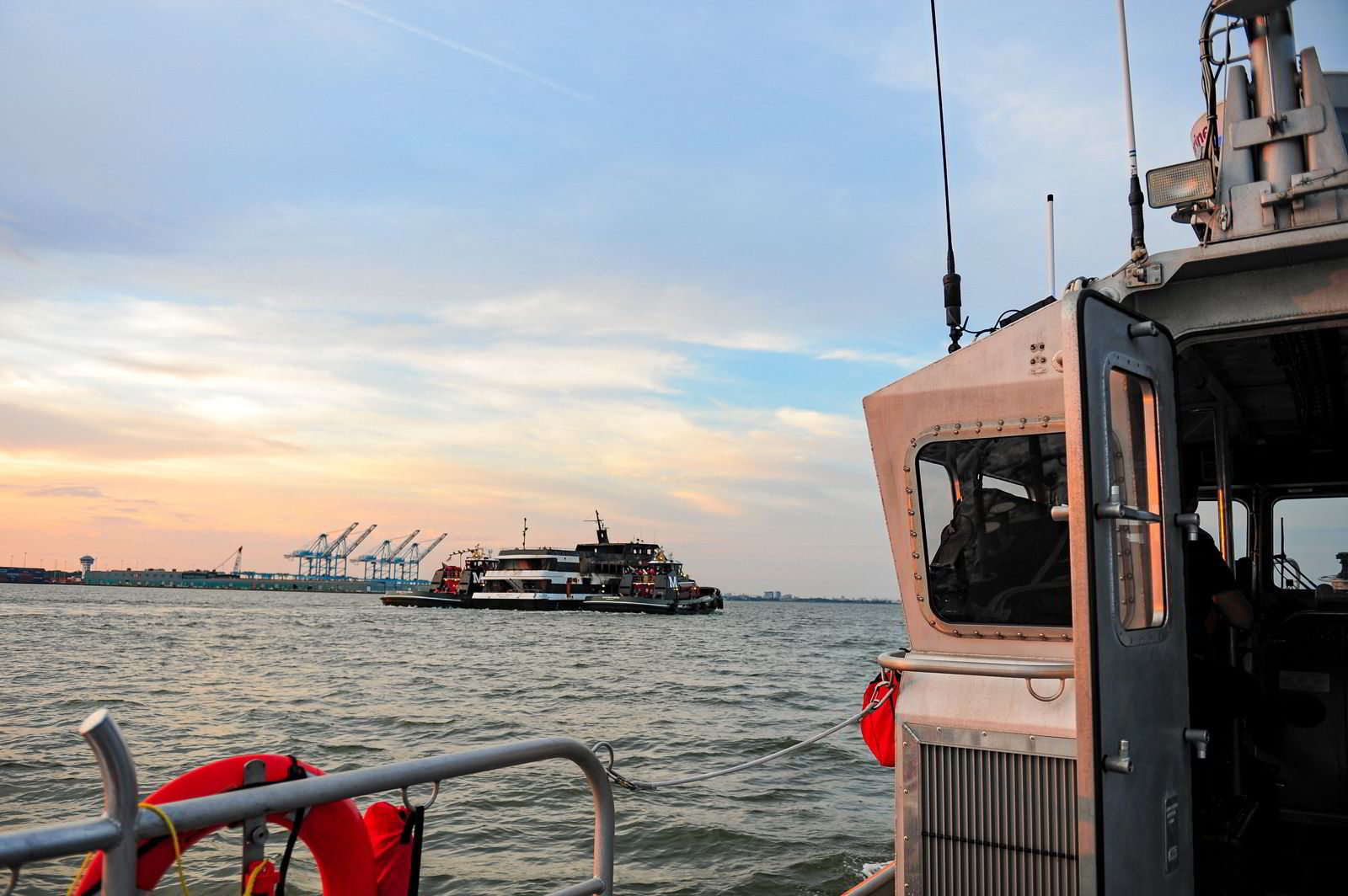 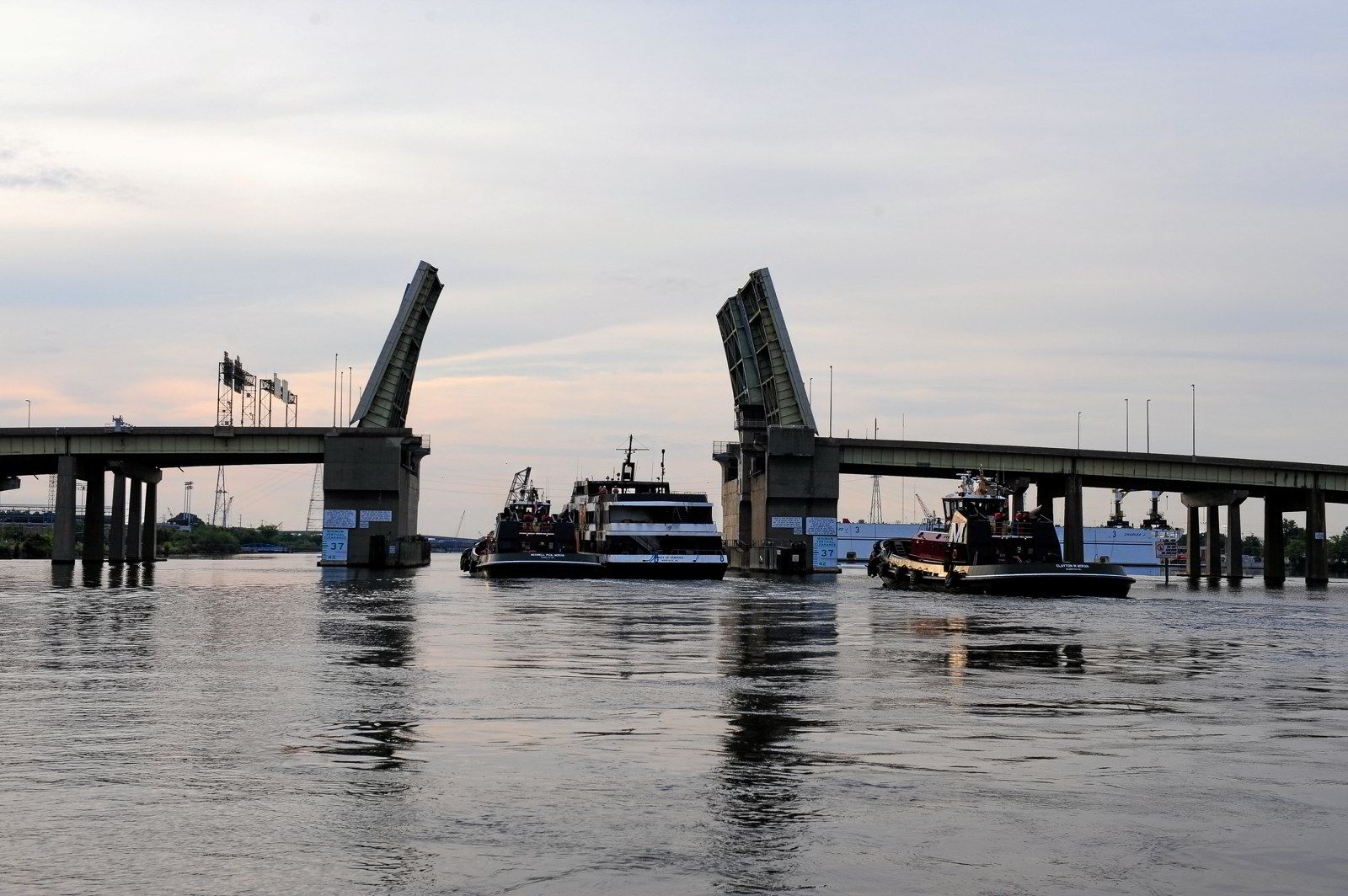 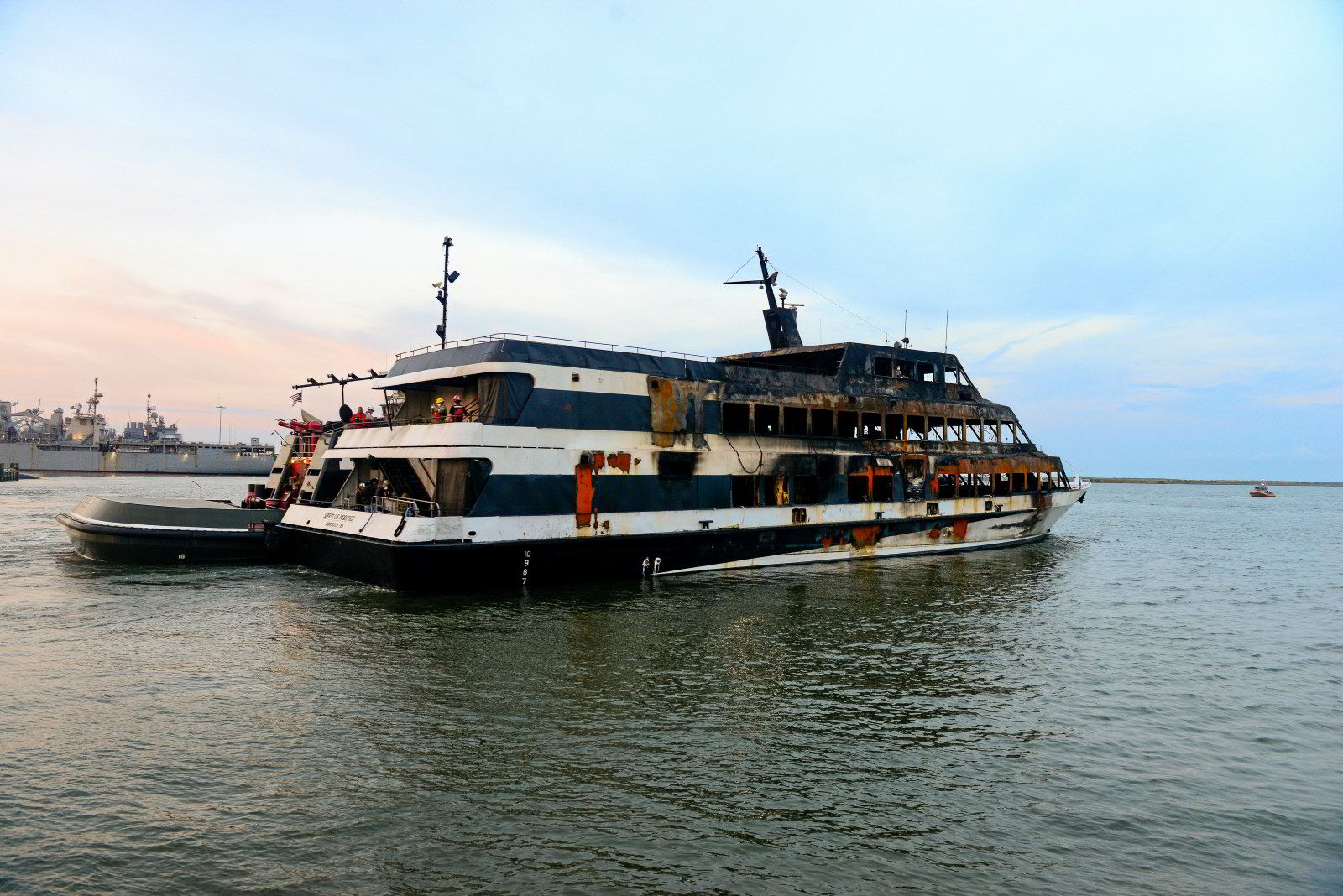 A charred passenger vessel has been towed to repair yard in the US state of Virginia after a four-day firefight concluded over the weekend, but it is expected to be a total loss.

Hornblower Group’s 1,150-gt Spirit of Norfolk (built 1992) has arrived at Colonna’s Shipyard in Norfolk, where the US Coast Guard said it will continue to oversee and monitor the vessel.

A unified command set up to respond to the casualty stood down after the tow was complete, but the Coast Guard and National Transportation Safety Board (NTSB) will continue to run separate investigations.

The fire broke out in the Spirit of Norfolk’s engine room on Tuesday when there were 106 crew members and passengers on board, mostly made up of a group of children celebrating the end of the school year.

Passengers were disembarked on another harbour cruise vessel amid the firefighting efforts.

All passengers were rescued with no injuries reported, but the fire continued to burn for the next five days.

The unified command announced on Saturday that the blaze was finally extinguished.

There have been no reports of pollution as a result of the incident.

Hornblower senior vice president of marine operations Scott Smith said the US-flag vessel, which is insured by UK protection-and-indemnity club Steamship Mutual, is likely to be a total loss, according to broadcaster 6 News Richmond.

The Spirit of Norfolk will need permission from the captain of the port in Norfolk for any future movements.

Subscribe to Streetwise
Ship finance is a riddle industry players need to solve to survive in a capital-intense business. In the latest newsletter by TradeWinds, finance correspondent Joe Brady helps you unravel its mysteries
Sign up now